The Somalia traditional and social media offensive against the Republic of Somaliland has gained momentum of late sliding to new records on both veracity and distaste.

The Somalia-loyal media makes no pains to conceal its viewpoint on the professed sovereignty and independence of Somaliland from the rest of the former Somali Republic. It manifests this attitude in a number of ways: 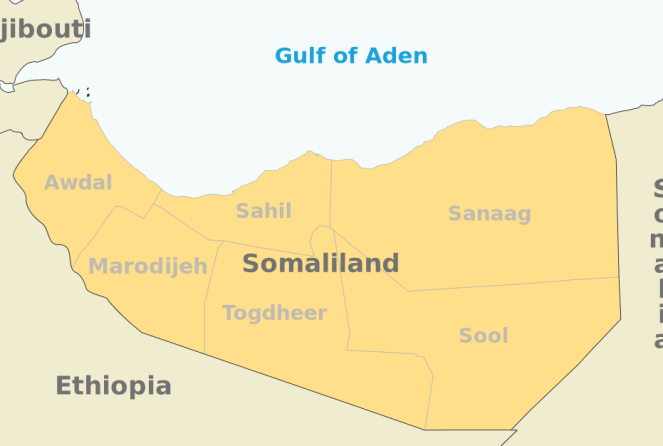 In this map, large parts of Sool and Sanaag are marked as dispute tribal enclaves

By sweeping Somalia’s dirty linen under the table and painting, in its place, a nation on the rise despite the wraith-like existence of an internationally propped administration which is run from behind AMISOM-manned barricades.

The sample above of tactics and strategies used by the Somalia media is sadly echoed and reprinted many on occasion by a fast deteriorating Somaliland media that much of which has long forfeited its old vibrancy, patriotism and bite.

The constant derogation of Somaliland and what it stands for on the part of the Somalia-loyal media, besides,  is a direct contravention of one of the very first points the two sides agreed upon on their bilateral talks relating to the cessation of all adverse propaganda against one another.

In light above, that the Somaliland media, government and the public close ranks to repulse the encroaching threat of a bullish Somalia that is clearly aided and abetted by figures such as Nicholas Kay (UN) and d’Urso (EU) in addition to interest-driven Turkey and members of the GCC.

This site uses Akismet to reduce spam. Learn how your comment data is processed.